Eufònic Urbà, the urban extension of the festival in Santa Mònica art center, will be back in Barcelona from January 31 to February 10, 2019, with a selection of some of the best A/V performances and experimental proposals that were hosted in the original edition of Eufònic, the festival of sound and visual arts in Terres de l’Ebre late summer each year. Eufònic Urbà will be held over three days – January 31, February 1 and 2, free admission – with performances and lectures, and two artistic installations that can be visited until the Feb. 10 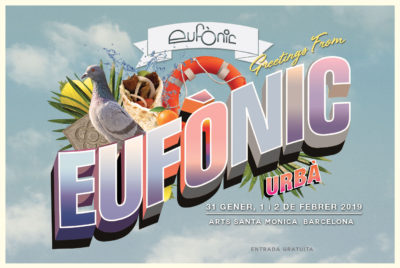